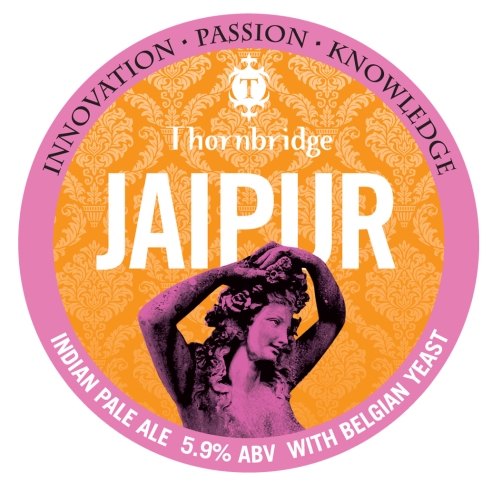 The Thornbridge Brewery is an independent brewery founded and formerly situated in the grounds of Thornbridge Hall. The brewery has won more than 200 awards since it’s opening, including being recognised as the Best Drinks Producer in the BBC Radio 4 Food And Farming Awards in 2014.

A clear light amber in colour, this IPA has distinct notes of bitter oranges, tropical fruits and floral hints. Soft, smooth and full of flavour, this beer is a bit of hop monster balanced against a slight honey like sweetness and hints of citrus. A beast of an IPA to be enjoyed on sunny days! 500ml // 5.9% ABV // £3.15